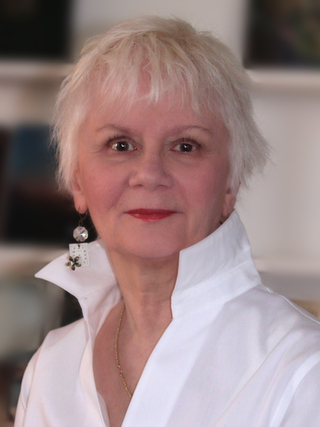 Patricia Schultheis grew up in Bridgeport, Connecticut, the second of her Polish-American parents’ three daughters. Struck by polio when she was six-years-old, she became an introspective child, who felt more comfortable observing than participating. Her inward nature, as well as her Catholic-school education and parents’ encouragement to “read, read, read,” provided the skills and intellectual discipline for her to become a writer. Also, Bridgeport, with its hurly burly social dynamics, supplied fodder for her natural curiosity.

After graduating from Albertus Magnus College in New Haven in 1965, she moved to Baltimore where she had been hired as an English teacher. A week later, a young history teacher whose classroom was across the hall from hers, asked her on a date; a year after that they were married. Two sons soon followed and exploring Baltimore’s unique neighborhoods became a form of entertainment for Patricia's young family.

Like Bridgeport, Baltimore has a rich urban texture, but Baltimore’s civic code of decorum is more deeply inscribed, more informed by history, and more poisonous when violated. This tacitly accepted code, the secrets that must be kept to maintain it, and the price exacted for that silence, provide the foundation for the stories of St. Bart’s Way, Patricia's award-winng story collection.

Patricia didn’t begin writing fiction until relatively late; not until her early fifties when her older sister’s sudden death precipitated a period of self-evaluation. Before that, while holding a variety of publishing and public relations positions and raising her family, Patricia steadily built a free-lance portfolio of news articles, features and opinion pieces for magazines and newspapers. But her sister's death made her realize time was running out and if she was ever going to become a fiction writer, she couldn't wait any longer.

In 1999 she submitted “After the Service,” the fourth story she’d ever written, to the Bread Loaf Writers’ Conference and took her acceptance by the conference as proof that she had a talent for storytelling. “After the Service” eventually was published in The Distillery and is now included in St. Bart’s Way. The collection’s other stories also have been published individually, as have several other of Patricia’s stories and essays.  In 2007, her pictorial history titled Baltimore's Lexington Market was published by Arcadia Publishing, and 2018 A Balanced Life, Patricia's  memoir was published by All Things That Matter Press.

Patricia earned a Master's of Liberal Arts degree in 1973 and a Master's in Writing in 2006 from Johns Hopkins University, where she also has been a part-time instructor in the Odyssey Program. A widow now, Patricia continues to live in Baltimore.

St. Bart's Way
Prize winning short story collection. Published summer 2015 by Washington Writers Publishing House. In one way or another, all the characters in these stories come to question the commitments they have made, the prices they have paid, and the lies they have told to others and to themselves.

Baltimore’s Lexington Market
A lively and detailed pictorial history that captures the essence of a grand institution.

"The Haint"
Published in Left Curve in 2006, "The Haint" was a fiction finalist in 2005 for the Iowa Review 2005 fiction contest.
“The Assembly”
Published in Passages North in 2003, “The Assembly,” is the story of a Holocaust survivor who’s living on St. Bart’s Way.

Published by All Things That Matter Press in 2018 by All Things That Matter Press, A Balanced Life is a memoir using ice skating as a metaphor for life.  Ever since her uncle Leo gave her a pair of second-hand skates when she was eleven years old, Patricia has been captivated by skating, and by the sport's promose of speed and grace.  Through this memoir, she explores the sport's thrall over her and also the nature of time, loss, talent and dedication.  Told in a lyrical, recursive style A Balanced Life examines time's passage and the impact of history on individual lives.